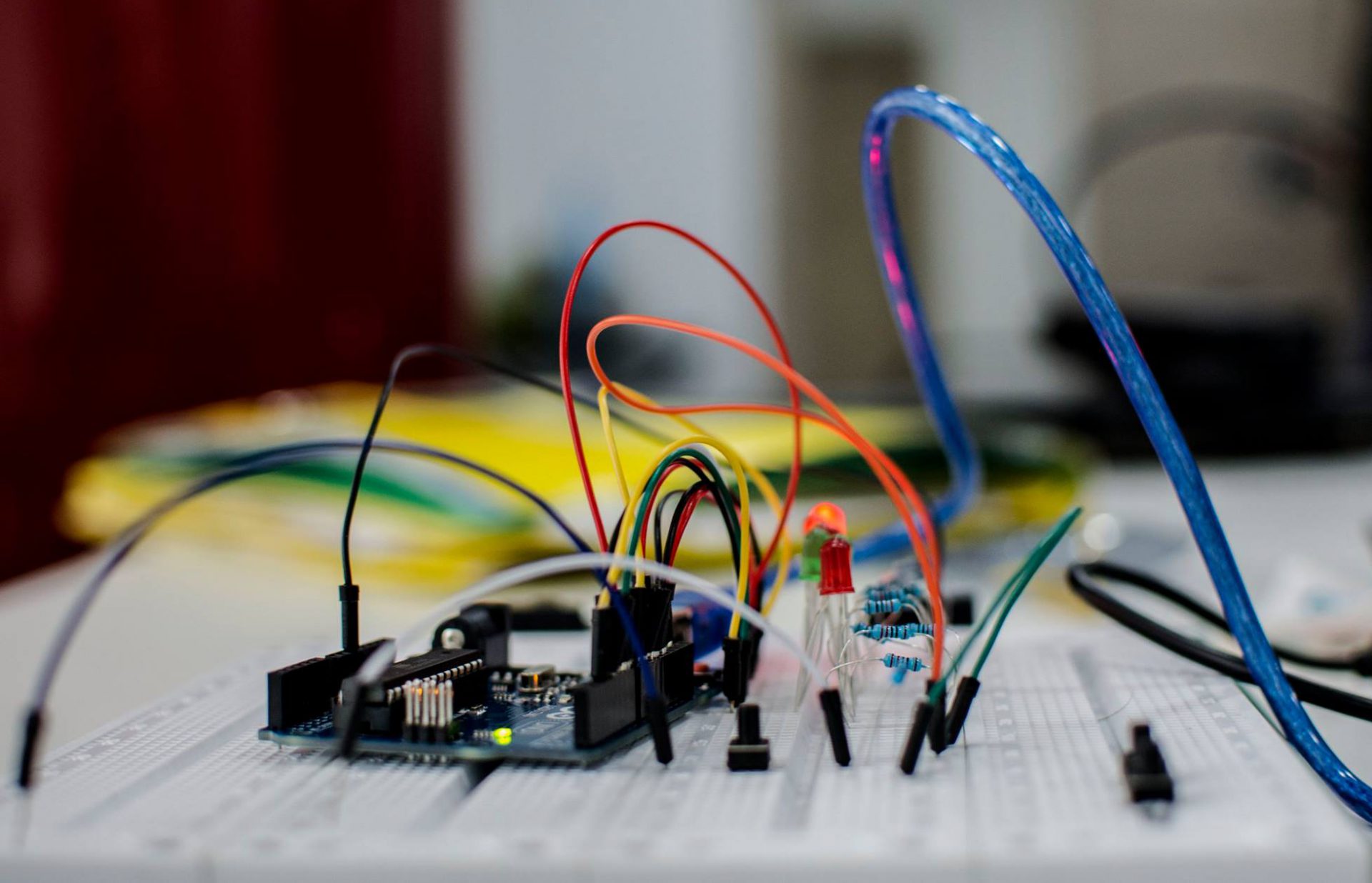 With Capacitive Board (CapBoard) the World becomes your musical instrument. 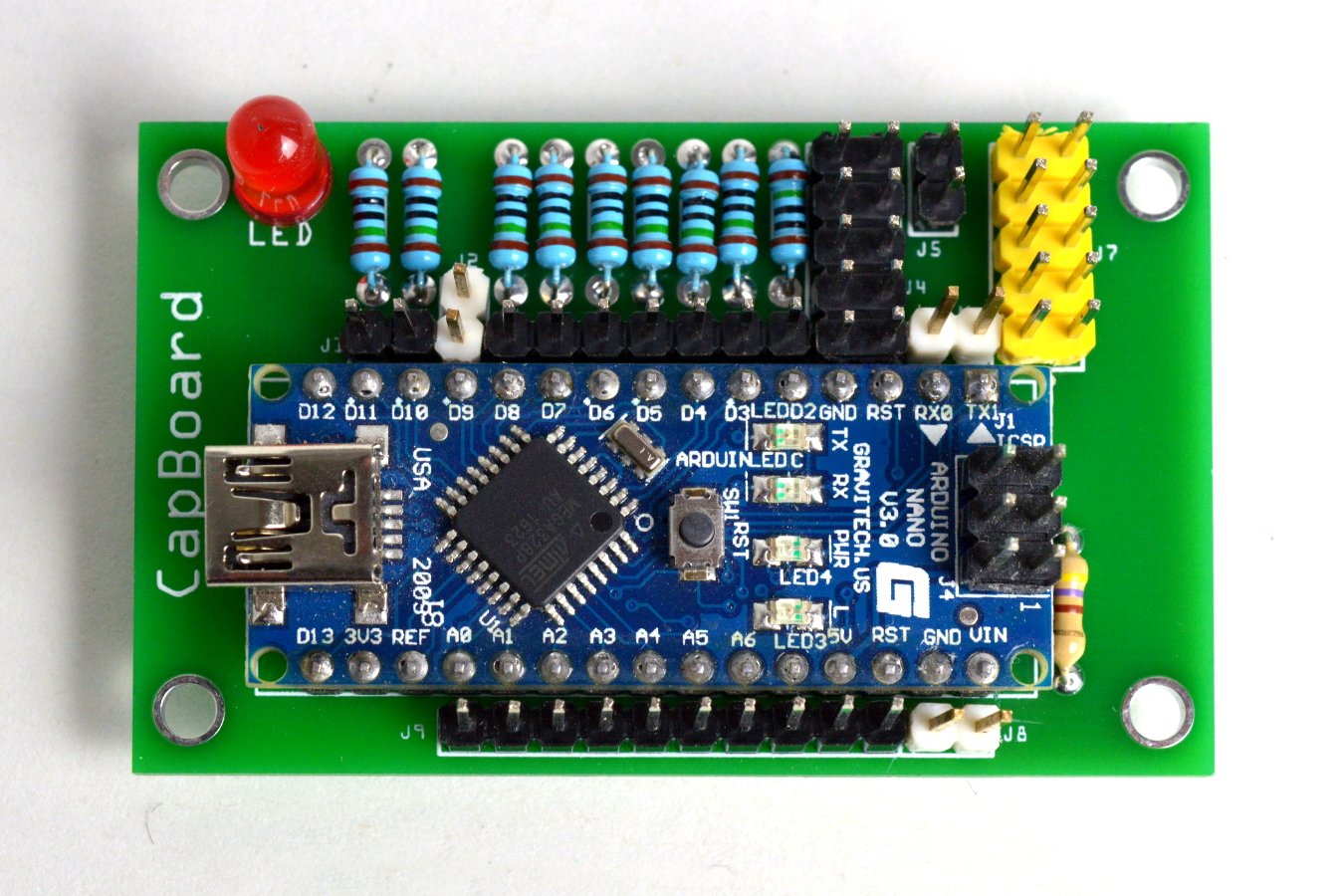 The World is your instrument.

CapacitiveBoard (CapBoard) is a device based on Arduino Nano that allows to turn any conductive object in a capacitive sensor to detect the touch of a person.

The board makes it possible to connect up to nine different conductive objects that allow you to create as much capacitive sensors. CapBoard has, also, eight analog inputs that can be used to connect potentiometers or other types of sensors.

With CapBoard you can try to invent new ways to interact with your laptop. Look AT some examples in this video.

The board is equipped with a LED connected to the digital port number 13, while port 9 is free and can be used to connect a speaker or an audio cable to generate sounds through the Arduino tone() function or using the Mozzi library.

By programming CapBoard you can create 8-bit standalone synth controlled by sensors and knobs or by touching the objects connected to the card.

Obviously, it can be also connected to any other environment and software capable of receiving data via a serial connection. In this video, CapBoard is used to control a Pure Data patch.

To make the capacitive sensors can be used aluminum foils, as those used for the prototype CapPad, or you can use any other conductive object as shown in the image. 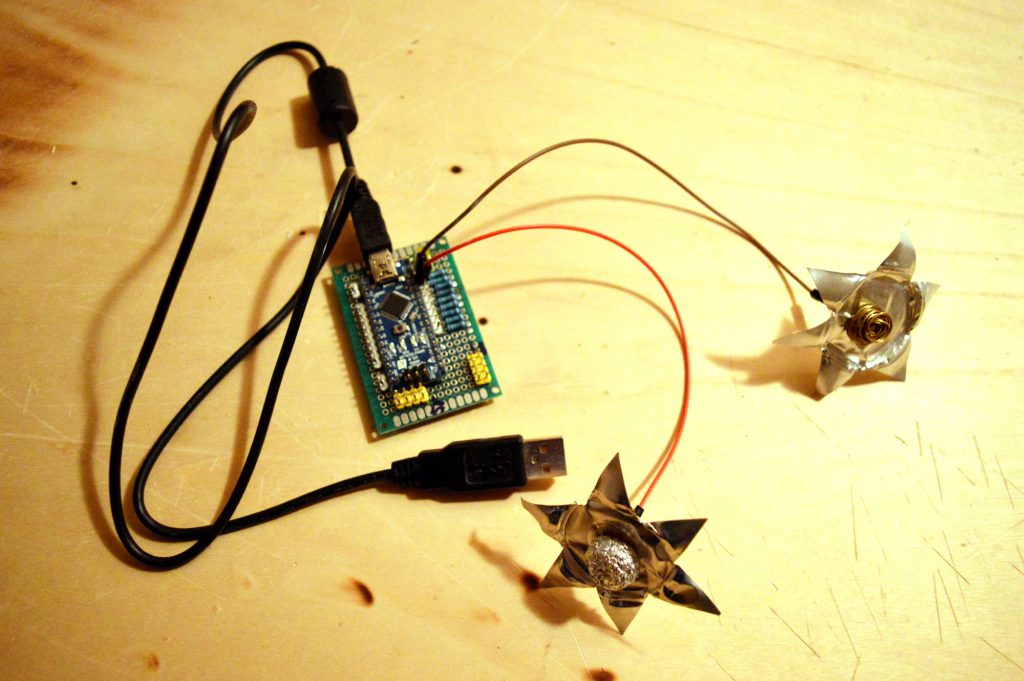 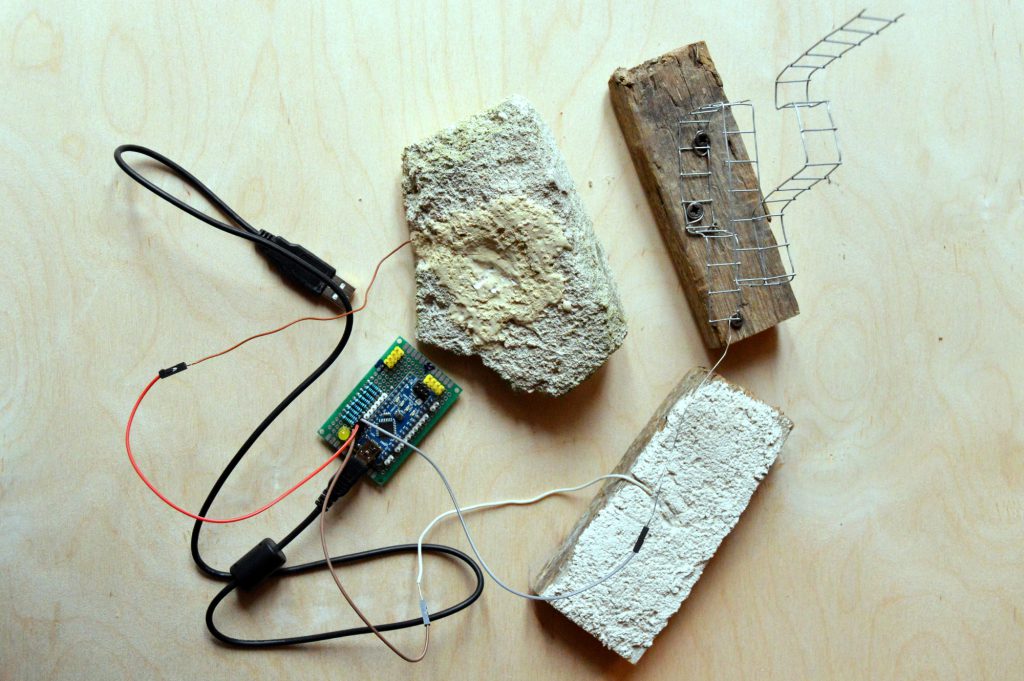 This video shows an interactive sound installation in which CapBoard was used to make sensitive four tuff blocks. The installation has been set up for the exhibition Attraverso la città. La strada del Sole at San icola dei Greci in Matera from December 10th, 2016 al 12nd February 2017.

To program CapBoard you need to use the Arduino CapacitiveSensor library for more information take a look at the official page of the project:

Listen to some demo tracks made with CapBoard

Buy now your CapBoard on tindie.com or for more information about the board write us at info(at)artislab(dot)it.

Write us at info(at)artislab(dot)it and you will have the CapBoard starter kit at the same price of the board.

Do not miss this unique opportunity!